To share your memory on the wall of Mary Piland, sign in using one of the following options:

San Angelo - Mary Gwen (Gwendolyn) Piland, 85, of San Angelo crossed over into eternal life sometime on June 1, 2021. Mary was born on September 29,1935 in Fannin County, Texas near the town of Ladonia. Her parents were Clyde Franklin Mann and Ethyl Jean (Seek) Mann.
She grew up in Fannin County and graduated from Ladonia High School at the ripe old age of 15. She married John Anderson Piland shortly after high school. She gave birth to two children from this union, Timothy Wade Piland of San Angelo, Texas and Shelley Robin Piland (deceased).
John and Mary Gwen lived most of their young adult lives in the Dallas, Texas area and brought up their two children in that time period, 1952 to 1970. Mary Gwen came to know Jesus Christ as her personal Savior in 1968. That marked a turning point in her life that led to John’s conversion in that same year. They began to prepare for a future ministry and in 1971 accepted a call to pastor Camp New Amsterdam Baptist Church in Soest, Netherlands – a church started among American service personnel ministering to American soldiers and airmen. This position soon put them in touch with a lady named Corrie Ten Boom who lived close to their church. She in turn introduced them to Brother Andrew, the founder of Open Doors International, a ministry to the persecuted church. They began the ministry of smuggling Bibles into eastern Europe and Russia. The next decade was devoted to that ministry as well as ministering to young soldiers and airmen in the Netherlands and in West Germany.
They came home from Europe in 1980 after John suffered a heart attack. They lived a short time in El Paso, Texas and then moved to San Angelo in 1983. Mary Gwen began to study at Angelo State University in pursuit of a bachelor’s degree. She graduated in May 1987 with a decree in government. Then she began a career with the State of Texas as a probation officer and later a trainer in the probation department.
She and John divorced in 1988 and Mary Gwen moved to Austin, Texas. In Austin she became aware of her addiction to prescription drugs and became involved in Alcoholics Anonymous to recover from her own problems. She gradually got involved in alcohol and drug abuse recovery programs. She became a licensed chemical dependency counselor (LCDC) and held positions with Austin Recovery Center and The Road Home, a women’s recovery center in Austin. The latter part of her working life she made her living teaching DWI repeat offenders’ courses to individuals trying to re-gain their driver’s license after prison or probation.
In 2013 she retired to San Angelo, Texas after a severe flood destroyed her home in Austin. She has lived here in San Angelo until her death. She was regularly active in Businessmen’s Bible Class until her health failed to the point thar she had to stop. She suffered a heart attack in 2019 and never really recovered her full vitality afterward. She has lived at Christian Village retirement center for the past two years. She died sometime June 1, 2021, at home.
She was preceded in death by her father and mother, Clyde and Ethyl Mann, and her brothers John L. Mann and Bill Mann, her sisters Jean James, Ruth Shellenberger, and Pat Taylor: Also, by her ex-husband, John Piland, and her daughter Shelley Robin Piland. She is survived by her son, Timothy Wade Piland, her daughter in law, Joyce Bubenik Piland, her two grandsons Daniel Piland and wife Allison, Chance Ames, and two grand-daughters Chelsea Piland and Alexandra Piland. She has two great grandchildren, Selena Rivero and Eli Simpson. She is also survived by her sisters, Ann Reed, Martha Mann, Miggi Mann, and a brother, Donald Mann (all in and around Ada, Oklahoma).
Mary Gwen did not want a traditional funeral opting for cremation and a later scattering of ashes on the site of her former home in Austin with a memorial gathering of friends and family. In lieu of flowers, memorial contributions can be made to Concho Valley Turning Point – 528 E. Highland Blvd – San Angelo, TX 76903… or through the website- www.cvtp.org
Read Less

To send flowers to the family or plant a tree in memory of Mary Gwendolyn Piland (Mann), please visit our Heartfelt Sympathies Store.

There are no events scheduled. You can still show your support by sending flowers directly to the family, or planting a memorial tree in memory of Mary Gwendolyn Piland (Mann).
Visit the Heartfelt Sympathies Store

We encourage you to share your most beloved memories of Mary here, so that the family and other loved ones can always see it. You can upload cherished photographs, or share your favorite stories, and can even comment on those shared by others. 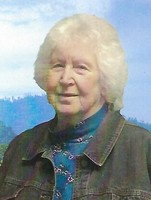